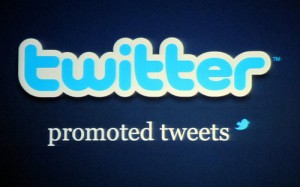 Twitter announced on Thursday that it will open its doors this March to both individuals and small business to purchase promoted tweets and advertisements on the platform. Now, anyone with a credit card that wants to buy advertisements will be able to do so. The only catch is, it will only be available at first to American Express Customers. The first 10,000 AmEx small businesses that sign up will gain access to the brand new Self-Serve Ad System. This system will enable small businesses to place their ads into users Twitter feeds. With over a 100 million users and growing, Twitter has decided to remove the minimum advertisement requirements and monthly commitments in order to boost revenue and compete with social media giants Facebook and Google Plus.

Until now, users had to pick up the phone and call Twitter in order to purchase ad space.  In this new partnership with American Express, Twitter is inviting small businesses to signup for the new ad platform at https://ads.twitter.com/amex, and is giving away $100 of Twitter advertising money to the first eligible 10,000 members.

As a member you will be able to login, set your specific budget, target a specific geo-location. From there Twitter will place your ads in users’ Twitter feeds, and in the “Who to Follow’ section, like it currently does for its big name brands. The best part is, that users and small businesses are only charged only when they gain new followers or users engage with their promoted Tweets. A completely new approach to the way advertising on social media will work.

Over the past year, small businesses have been begging for Twitter to grant them access to their high priced ad space. With the release of this new self-serve ad system and the disappearance of minimum requirements, Twitter looks to even the playing ground for small businesses and individuals helping them to connect to customers and reaching out to fans of their brand.

Now the real question is, will this change the landscape of social media advertising? Will more small businesses and individuals turn to Twitter to raise awareness? We will find out in the next few months. What do you think?

215
SHARES
FacebookTwitter
You can leave a response, or trackback from your own site.