Warning: A non-numeric value encountered in /opt/bitnami/apps/wordpress/htdocs/wp-includes/functions.php on line 64
 The Social Media Championship: How NFL Teams Stack Up

The Social Media Championship: How NFL Teams Stack Up 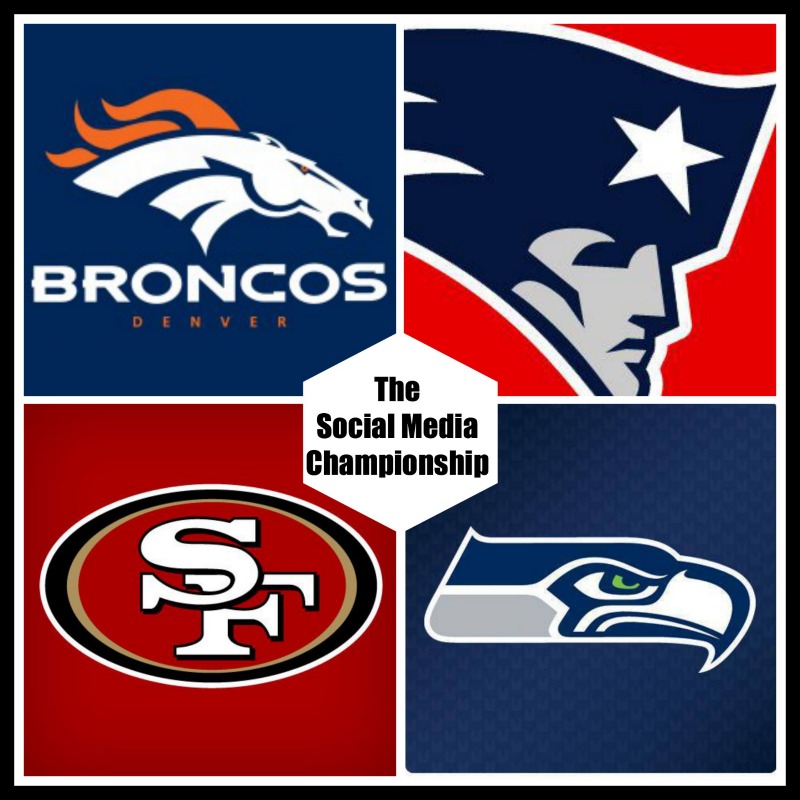 Super Bowl XLVIII is only a few short weeks away and I couldn’t be more excited. And it’s not only because I’m a major football fanatic (#GoBroncos), but also because it’s one of the biggest social media events of the year.

Real-time marketing has become an absolute necessity not only around the Super Bowl, but the entirety of the NFL season. In recent years, teams and players have caught on to the importance of social media, harnessing its power to dig deep and capture the emotions of their fans and consistently engage with them all year long.

As the final four teams prepare for Championship Sunday, I’ve decided to take a look at each team’s performance on social media and rate their level of engagement and interaction with their fans. And just like the action on the field, it seems that some online marketing strategies score much higher than others.

Tying for third place are the Patriots and the 49ers. While these two teams definitely win the popularity contest (the Patriots have 4.4 million Facebook likes and the Niners rank second in this list with 2.3 million), they could definitely crank it up a notch. While a 19% engagement score is still way above average, it just goes to show that more likes and follows does not equate to success. Real social media success is about building relationships with your fans, encouraging constant participation, and rewarding them for their loyalty.

In the summer of 2013, the Broncos partnered with Wayin to expand their social efforts and better understand what resonates with their fans. A half a year later, they’re boasting a 25% engagement rate on Facebook and have a following of over 430,000 fans on Twitter and 220,000 plus on Instagram.

Taking to Facebook, Twitter, and Instagram, Bronco fans proudly display their admiration for the team and its players. Whether they’re posting pictures in their jerseys on game day, participating in contests and promotions, or simply sharing team and player updates, it’s definitely clear that the Mile High City is #UnitedInOrange. I give the Broncos’ social team two thumbs up for effectively tapping into the emotions of their audience and connecting not only with fans, but the Denver community as a whole.

The Seahawks have one of the most die-hard fan bases in the entire NFL. While their Facebook likes might make you think otherwise (they have the smallest number of fans in comparison to the other teams on this list), they more than make up for it in terms of engagement. Their engagement score is a whopping 34%, which goes to show that this is one team that definitely knows how to interact with their fans and nurture relationships. 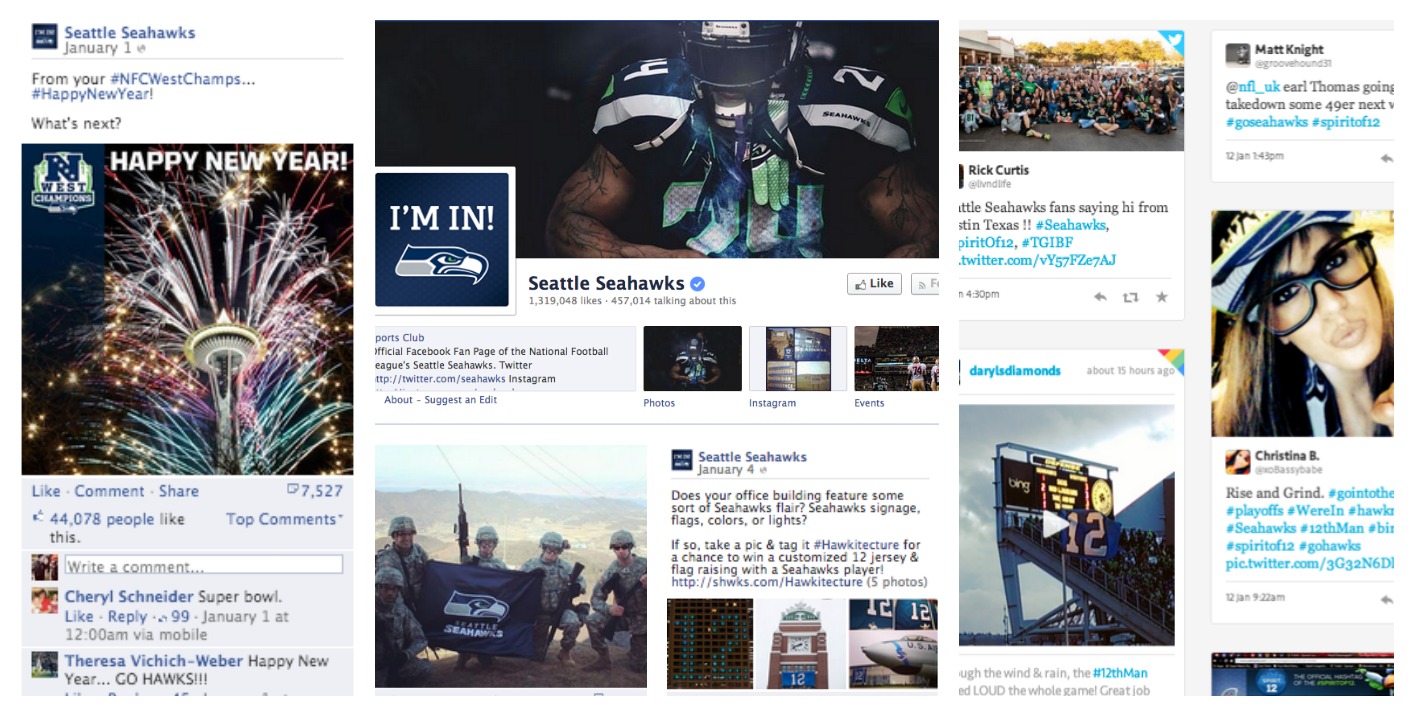 At the start of 2014, the Hawks launched a new landing page on their website to enhance their social media presence, and man, it has definitely paid off. Utilizing hashtags such as #TappedIn, #GoHawks, #LOUDER, #WeAre12, and #SpiritOf12, fans from around the world are able to join in the conversation, voice their support and admiration, and engage with the team. The Seahawks have done a remarkable job connecting one with their fans. Not only do they understand the value of storytelling, they know how to have fun with their fans and always make it a point to include them in the narrative.

36
SHARES
FacebookTwitter
You can leave a response, or trackback from your own site.