The Second Ever Cash Mob Fullerton Will be Held at Z-Kids! 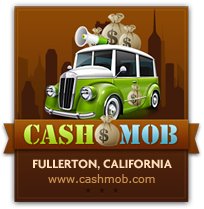 Often times we all hear the saying, “think globally and act locally,” but does anyone ever do it? Odds are the answer is no. We may think we support local businesses by going to the local Starbucks or shopping at the closest Albertsons, but that isn’t the ideology being the ‘act locally’ portion of the phrase. Some large corporate chains give back to the community in small ways, but the idea behind acting locally is supporting local independently own businesses. This mean the company is owned and operated by a resident of the same city. These types of shops pride themselves on their connection with the local community and how they represent their fellow community members. 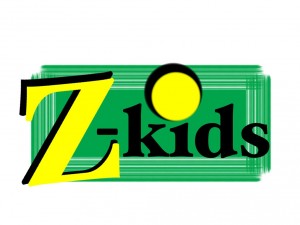 One local children’s apparel and toy store, Z-Kids, is a store that prides itself on making gently used clothing and some new clothing available to families at a very low price. The idea to name the store ‘Z-Kids” comes from the owner’s children, Zack and Zoey – an indication that the store is family oriented and focuses on the children. The store was started on this notion of putting kids first and offering them good clothing at a cheap price. The store established its foundation for merchandise through the buying and selling of gently used clothing on eBay and Craigslist and has gradually evolved to involve screen-printing and the sale of children’s toys. Z-kids holds itself to a high standard to assure they are selling quality items, regardless if they are new or gently used.  Z-kids partners with www.kimskidstuff.com in order to strengthen its efforts to provide quality items to the residents of Fullerton and other visitors to the area.

The Fullerton Chamber of Commerce is rolling out another Cash Mob to help this young downtown Fullerton business drive in and generate some new customers. If you have children, then you definitely should come out and browse the array of clothing and check out some fun toys. Come support the Z-Kids Cash Mob, a local business with a big heart for kids! We hope to see you all there this Saturday at 11:00 am outside Green Bliss which is located at 305 North Harbor Boulevard #103, Fullerton, CA. Just one block up on Harbor Blvd on the opposite side of the street from Z-Kids!