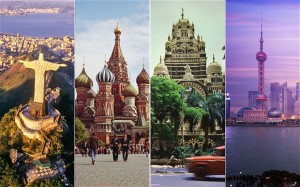 Until recently, Facebook has been in the shadows of other social media sites within the BRIC (Brazil, Russia, India, China) nations. Brazil and India favored Orkut. While Russia has Vkontakte and China has Weibo, Qzone, and Youku. With world dominance in every other international market, Facebook is slowly taking over each major market – one by one.

Orkut, owned by Google, has seen Facebook slowly take over it’s social media dominance in both Brazil and India! According to CheckFacebook.com, India is right behind the United States in the #2 spot with 45,018,540 Facebook users while Brazil follows closely in the #4 spot with 42,199,700 Facebook users. Orkut had the rug swept from underneath them, very quickly and for good reasons.

Facebook has a solid viral effect. If all of your friends around the world are using Facebook except for you, it would be pretty hard to not jump on the “band wagon.” After all, who wants to be disconnected now-a-days? Aside from the e-mails from your friends to join Facebook, the social media giant has always thought of new and innovative ways to facilitate social interaction. Through comments, photo tagging, timeline, video messaging, instant messaging, the like button, and many other features, Facebook enables us to interact with our friends and favorite brands at any given moment. No other social networking website really lets their users interact with their favorite brands like Facebook and no other social networking website allows brands to advertise like Facebook’s Ad model.

By taking it a step further, Facebook has created much more then just a social network. By integrating third party applications, Facebook has become a platform for online gaming, music, and much more. Just another aspect in which Facebook has fostered social interaction. It is slowly becoming the one-stop-shop for all of your online needs.

Privacy has become another important factor. With the option to control what you share and how you share it, Facebook users are in control (if they can figure out their privacy settings) of what exactly is being share and whom exactly it is being shared with. You don’t even have to be a member of Facebook to search for your friends and favorite brands, granted that their profile is not set to private. This gives non-members a small “taste.” From there the FOMO (Fear Of Missing Out) kicks in, turning them into bona fide Facebook addicts. Orkut, for example, requires you to sign up before you can even do some snooping around – that’s no fun! 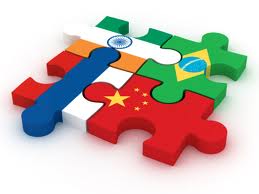 India and Brazil have recently fallen under the Facebook spell. Those are the B and I countries out of the BRIC. What about R and C ? Russia’s #1 social media site is Vk.com – aka VKontakte. Vk.com has been dominant in Russia for quite some time. It looks very similar to Facebook in terms of design, one major difference is VK’s focus on audio files. The search box can be configured to search names, audio files, and flash video. Which is a cool feature, but not necessarily cool enough. According to Alexa.com – Vkontakte holds the #1 spot of all social media sites in Russia, followed by YouTube, and then Facebook. VK definitely should be looking over its “shoulder.”

China, on the other hand, is a whole different story. You won’t see Facebook on China’s top 5 Social Media Websites due to Chinese regulation and privacy controls. Weibo, Qzone, Youku, Tudou, and RenRen are the top dogs. The infamous Chinese firewall has deterred Chinese citizens from using Facebook, but that doesn’t necessarily mean the Chinese are not using Facebook. Users just have to break through the firewall using IP changing program. The hassle alone does not really foster much growth. This past February the firewall went down for a few days and an influx of Chinese internet users flocked over to Facebook, Twitter, and Youtube to get a “taste” of what they’ve been missing out on.

With all of this in mind, a large factor as to why Russia and China have not been devoured by the Facebook giant is the language barrier. We are talking characters here! Russian Cylliric and simplified Chinese characters are not necessarily the easiest forms of language to master, let alone design an entire website with, but I am sure that Mr.Zuckerberg and his team over at Facebook are working on it as we speak.

Although Russia and China are safe for now, it may not be long before they fall victim to the social media giant that is Facebook.

244
SHARES
FacebookTwitter
You can leave a response, or trackback from your own site.

6 Responses to “The Rise of Facebook in the “BRIC” Nations”