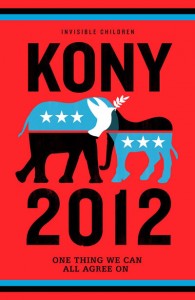 By now most of us have probably heard about the Kony 2012 campaign, and if you haven’t, where have you been? The Invisible Children organization, based out of San Diego, released a 30-minute video in order to bring attention to and call for the arrest of Ugandan warlord named Joseph Kony. Within hours of the videos release on YouTube and Vimeo, the video went viral – spreading across the web like wildfire. I don’t think you could have gone on any Social Media site without catching a tweet, status update, video repost, or a group invite to paint your city in Kony 2012 posters on April 20th.

With almost 85 million views on YouTube and nearly an additional 18 million views on Vimeo the Invisible Children organization successfully brought about the attention they were looking for. Nobody could have predicted the videos success, not even the filmmaker Jason Russell had anticipated such a strong following.

Embraced by today’s youth, hippies, hipsters, activists, celebrities, and pretty much any one who took the time to watch the video – Kony 2012 has become much more than a political movement. Kony 2012 has shown us the POWER of SOCIAL MEDIA. 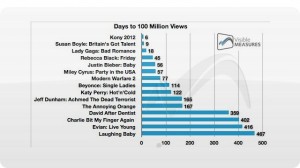 With politics and sappy film making aside, Kony 2012 would have never reached its viral success without social media sites being the vehicle to the Invisible Children organization’s message. Knowing no borders (except maybe China’s firewall), social networks allowed for supporters to spread the video like wild fire – dubbing the film “the most viral video of all time.” Hard to believe when you got videos like “ Charlie bit my finger” all over YouTube, but hey! Look at the numbers.

Pew reports contributed the success of Kony 2012 to social media users under the age of 30. The youth were the ones who really had their eyes opened to a cause that has been calling for attention for years. Through Pew’s survey, we learned that nearly 27% of young adults learned about Kony 2012 through social media sites and another 8% via other Internet sources. Only 10% of young adults learned about it through traditional media. That means Internet served as a primary source of news for most young adults. You can check out the Pew Internet Report here to get a break down for other age groups in their survey. 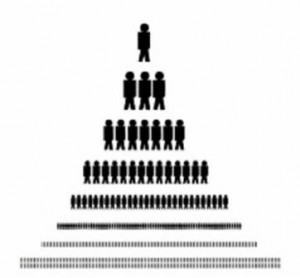 I think the biggest message we can take from the Kony 2012 movement, in terms of Social Media, is that Social Networks are now being used as real time news feeds for kids, young adults, and adults alike. With so many of us connected through Facebook, Twitter, LinkedIn, YouTube, and more – we have seen massive movements brought about to the worlds attention faster and easier than ever before (look what social media did for Egypt and Libya’s political movements). I’m not saying this only works for political movements. This same effect can happen with a product, brand, idea, or anything for that matter! It is important to realize where social media stands today in our society. I hope you can see that it is in fact standing pretty tall in terms of our daily life!