OH CANADA! How our neighbors to the north feel about Social Media! 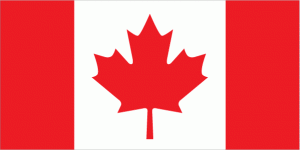 Looking to expand your business “near shore”? Canada is a great market to start. Our neighbors to the North are more like us Americans then many think. Here’s the run down – InternetWorldStats.com estimated Canada’s total population in 2011 at 34,030,589 million and about 79% of those Canadians are Internet users (26,960,000 million internet users). Canada’s high online activity, cultural similarities to the U.S., and close location make it a great market for your business to connect with Canadian consumers, but that’s just it. A recent report by Edelman.ca shows us that although trust in social media has increased in Canada, it is still low. Companies should use Social Media as a way to bring Canadians together around a common interest and not a channel to implement traditional marketing campaigns.

The TOP sites in Canada, Eh?

We’re starting to see a trend with these top sites in most global markets and Canada is no different. Take a look at what Alexa.com reports to be the sites that get the most traffic in Canada:

As if it was that hard to guess. Facebook does it again and is at the #1 spot for social media traffic. As of February 27, 2012 Facebook had approximately 17,187,720 million Canadian users. Facebook’s penetration in Canada’s overall population is about 50%. CheckFacebook.com reports that about 54% percent of Facebook users are comprised of females with the other 46% being male.  Check out the age distribution of Canadian Facebook users:

Wondering which Canadian brands have the most followers?

Canada Loves to be Connected 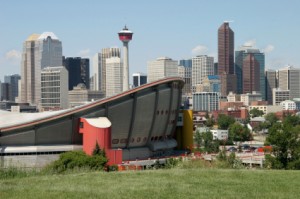 Take a look of some key insights taken from Comscore.com 2012 Canada Digital Future in Focus  report

Key insights from the 2012 Canada Digital Future in Focus include:

249
SHARES
FacebookTwitter
You can leave a response, or trackback from your own site.

9 Responses to “OH CANADA! How our neighbors to the north feel about Social Media!”