Warning: A non-numeric value encountered in /opt/bitnami/apps/wordpress/htdocs/wp-includes/functions.php on line 64
 How Starbucks Built an Engaging Brand on Social Media -

How Starbucks Built an Engaging Brand on Social Media 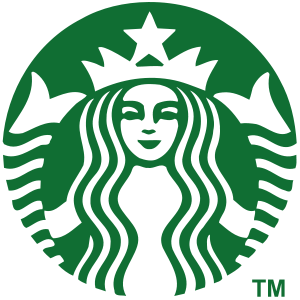 Starbucks has a big brand presence online. Not because they have millions of dollars for Marketing and Advertising, which they do have, but because they are one of the most engaging companies online. If you are fan of Starbucks coffee, and a bit Internet savvy, then chances are you have come across one of if not all of Starbuck’s Social Media Pages. Starbucks has made it a point to take its successful offline branding strategies and implement them online. Its online image and messages have stayed consistent with their brand values, which are honesty, sincerity, and connecting with its consumers on a level unlike any other brand. The offline Starbucks Culture has taken to the airwaves of the Internet and Social Media. Lets take a look at how they became one of the most engaging brands online. 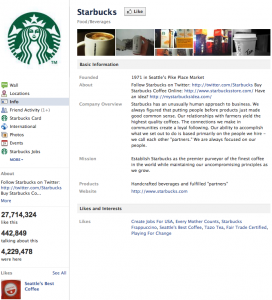 Take a look at their profile and you will see for yourself. On the left side Starbucks has various tabs providing information that benefits the consumer more than Starbucks. Things like Locations for both International and nearby, sending, winning, and reloading Starbucks cards right from Facebook; Interactive consumer polls to get the best feedback possible and last but not lease a tab for employment opportunities for Starbucks locations worldwide. All of these tabs provide great information and don’t do a single bit of selling. If you take a look at the wall itself, you’ll notice there’s not a single post by Starbucks selling you anything. In fact if you look you will rarely even see a post by Starbucks. The majority of the posts on there are from their fans giving praise and sharing their experiences and love for Starbucks coffee. No Starbucks isn’t paying their fans to do this! They have simply created an online community, where fans and friends can come to share their comments, pictures, stories, and insider news to everyone who enjoys Starbucks. 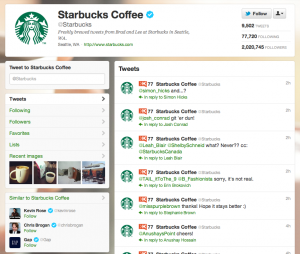 The Starbucks Twitter profile is not nearly as huge as it’s Facebook Page. With over 2 Million followers and counting, Starbucks Interacts with everyone on a daily basis. If you head over to their Twitter page, you will see an @ sign in front of every single tweet. Starbucks’ strategy is one where they would rather reach out and connect with each and every follower on a personal level; then spam their audience with advertising messages. A strategy that most brands don’t follow online. By upholding this standard, Starbucks has been able to create an online personality that people can connect to and therefore has been utterly successful with its online campaigns.

Most businesses don’t want to spend the time reaching out and creating a real online personality. Instead they would rather just push out content to their consumers, this is meaningless and gets very little to no response. Companies need to take a look at how Starbucks, along with some other big name brands like Coke and Disney are building and engaging with their online communities. These brands have provided value to their fans rather than slapping advertisements on Twitter and hoping for the best. Social Media marketing will not work for you if you don’t take the time to provide real value. Engage with your fans on a daily basis. Social Media is all about building a following that wants to engage with you on a regular basis.

If your social media efforts haven’t been working, take a look at these big brands and implement their practices into your own social media campaigns. Feel free to contact us about getting a personalized Social Media Plan for your business. Call us at 1-877-747-3263 or contact us through the online form in the top right corner!

269
SHARES
FacebookTwitter
You can leave a response, or trackback from your own site.