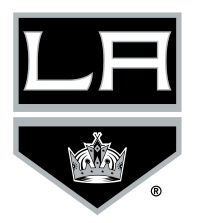 There’s no doubt the L.A. Kings are game changers this season. After a mediocre start to the season and a small promise for a post season the L.A. Kings found their rhythm and have since played some of the most explosive hockey of the season. But their successful season isn’t the only thing that has fans and spectators saying, “What’s going on here?” The L.A. Kings have a very unique edge to their organization – their social media department. Most sports organizations use their Twitter to spread team related news and give in-game updates to fans. Yes, the Kings do this, but they take it a little bit further.

On their Twitter page under their bio it reads “be warned, our tweets may have a slight #LAKings slant.” What exactly does that mean? It means that the people behind the Kings’ Twitter account like to poke fun at other teams, other teams’ players, and other teams’ fans. This might sound unsettling, but believe it or not, it works very well.

After sending the Vancouver Canucks packing they posted a tweet saying, “To everyone in Canada outside of BC, you’re welcome.” That’s only the tip of the iceberg when it comes to this organization’s tweets. Whether it’s a quick jab at the workers cleaning the ice calling them “track suit guys,” replying to fans’ tweets, or using hockey slang you should only hear in the dressing room, the Kings’ social media team works with a successful “We don’t care what you think” attitude.

Since the start of the 2012 playoffs, the Kings have amassed three-fold the amount of followers their Stanley Cup rivals, the New Jersey Devils have. They are proof enough that provocative tweets draw followers.

So far in the Stanley Cup finals, the Kings have launched an all out attack to poke fun at the Devils whenever they can. Before the match-up on May 30th kicked off the Kings took a humorous jab at the Devils with this tweet:

More recently, the Kings had Will Ferrell featured in a rally video where he displays his ridiculous self screaming into the camera “Lets go Kings! Lets go Kings!” amongst other palaver. The Kings seem to have found the formula for Twitter success and with a 3-2 record in the Stanley Cup Finals it doesn’t appear their “tweet-jousting” will be stopping anytime soon.

Be sure to check out Game 6 of the Stanley Cup Final tonight at 8:30 pm EST!  Don’t forget to check out the LA Kings and New Jersey Devils Twitter feeds during the game as well! 🙂