Warning: A non-numeric value encountered in /opt/bitnami/apps/wordpress/htdocs/wp-includes/functions.php on line 64
 Connecting the Citizens of Hong Kong via Social Media -

Connecting the Citizens of Hong Kong via Social Media 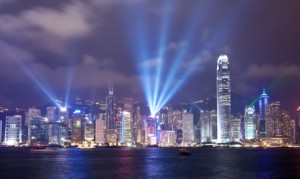 With a population of about 7.1 million, Hong Kong is one of the most densely populated cities in the world. Big on business and trade, Hong Kong is another international hub in Asia that attracts many internationals and expats alike.

In a big city known for its big business, the people of Hong Kong work hard and play hard. With all that hard work during the week and only the weekends to socialize, Social Media allows for “Hongkongers” to keep in touch with each other during those tough work schedules.

Want to see how Hong Kong’s top brands are making their impression?

Groupon Hong Kong is connecting with consumers by posting some of their best daily deals. These postings really get customers to respond and engage with the company.  Check it out GrouponHK.

If your company or brand is looking to connect with consumers in Hong Kong, YouTube wouldn’t be a bad channel to take advantage of. It is currently Hong Kong’s 2nd most popular social media site and according to ComScore, the average Internet user in Hong Kong watches more than 147 online videos per month, averaging out to about 12 hours of online video every month!

A demonstration of your product, or perhaps a short video explaining your brand and business will help you connect with HK consumers on a whole new level. Updating your YouTube channel with engaging and informative videos would prove to be beneficial when breaking into the HK market. Be aware of the language barrier, Cantonese and English are the dominant languages.

Between work and the busy city life, Social Media sites allow for “Hongkongers” to quickly connect with friends and family during their busiest days. The report also found that 50% of the respondents made a purchase based on blog recommendations. The survey also found that 52% of the HK residents were more influenced by blogs, message boards, and social network than television.

Social Media is free, engaging, and allows for your business to connect with consumers across borders in an instant. Due to a lack of sufficient data, in regards to social media, marketers and businesses have been slow to jump on the Social Media train.  So if you’re looking to enter the Hong Kong market – Social Media is your channel, and now is the time! Jump on the train, Choo!