Warning: A non-numeric value encountered in /opt/bitnami/apps/wordpress/htdocs/wp-includes/functions.php on line 64
 Connecting Australia: Social Media "Down Under" -

Connecting Australia: Social Media “Down Under” 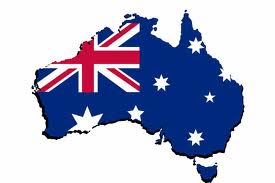 Australia is a great emerging market for businesses who are looking to expand globally.  According to InternetWorldStats.com, Australia has an overall population of approximately 21,766,711 people with about 19,554,832 of them being Internet users. This means that nearly 89.8% of Aussies are connected online. With these numbers, Australia ranks 5th on the list of top Internet penetrating countries. For this reason, marketing online and through social media would be a brands best bet to connect with Australian consumers.

The Sites that Rule Down Under

So what websites are the Citizens “Down Under” visiting? According to  Alexa.com, the top 5 sites being visited by Australians are:

The top social media channels being used are as follows:

Australians love their brands and SocialBakers lists the top 5 Brands and Media on Facebook in Australia.

If you want to connect with Aussies via social media, your best bet is going to be through Facebook. They offer the largest network of Australians and have the deepest population penetration of any other social network.

Still not convinced that Aussies are becoming increasingly connected? Check out some of these highlighted stats from Nielsen’s Australian Online Consumer Report:

• Smartphones take share of pocket: 51% of online Australians aged 16+ now own a smartphone

• Tablet computers more than doubled to 18% of households – forecast to be 39% by 2013. Substantial growth in accessing online media using devices other than desktop and laptop PCs while commuting or travelling increased from 42% in 2010 to 55% in 2011.

• Multi-screen behavior is now a daily habit for many Australians: Six in ten online Australians have used the Internet while watching TV.

• More than one in five online Australians shop/browse online between 6pm and 10pm.

• Consumers draw on a variety of sources and resources to support their decision making: 71% read other consumers’ opinions and discussions about brands online and 59% watch online videos to help inform their purchase choices.

At the end of the day, social media is on the rise and the use of Social Networks is one of the most important media channels businesses should be taking advantage of in todays world.  With so many Australians connected on the web, through various types of devices, it is the perfect time to create your company’s social media presence “Down Under.”  The average amount of time online Australians spend on average in a week is about 21 hours and 54 minutes – so give your consumers a  site that they can spend a couple minutes on to connect with your brand.

6 Responses to “Connecting Australia: Social Media “Down Under””