Warning: A non-numeric value encountered in /opt/bitnami/apps/wordpress/htdocs/wp-includes/functions.php on line 64
 Chick-Fil-A: "Out of the Frying Pan and Into the Fire" -

Chick-Fil-A: “Out of the Frying Pan and Into the Fire” 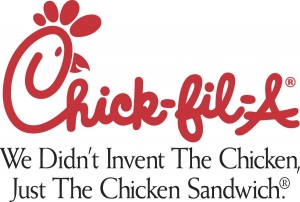 If you haven’t already heard, Chick-fil-a, a southern food chain known for its delicious chicken sandwiches and friendly atmosphere, has come under extreme criticism after CEO Dan Cathy stated his support for “traditional” marriage. Chick-fil-a, who closes down on Sundays in respect of its Christian principles, is now under heavy fire for their beliefs. In traditional times people would take to the street to protest companies out front of their establishments, but in today’s tech-savvy community people are taking to the likes of social media. People’s outcries on social media against Chick-fil-a have become the company’s worst nightmare.

What Started it All?

Things started spiraling out of control when anti-Chick-fil-a statements began to flood in across the company’s Facebook timeline. People opposed to Dan Cathy’s stance on gay marriage wrote countless posts criticizing him and the values under which he operates his company. Chick-fil-a still uses their page to post updates about the company and the current happenings, including statements about the conundrum they’ve got themselves into. The question then becomes, “Is still using these flooded social media outlets useful?” For companies like Chick-fil-a it doesn’t hurt to keep “fans” informed via statuses, but it’s best to abandon any other operation (i.e. offering promotions, promoting events, etc.).

What Can We Learn from this Event?

Now we’re not here to argue about gay marriage, what Dan Cathy said, or anything else related – its important to focus on the importance of what to do when you or your company falls into a social media nightmare after taking a strong stance or making an unfavorable remark. Although people are coming down on Chick-fil-a, others are choosing to support them and applaud their right of free speech. If you choose to make a seemingly controversial statement then you must most importantly stand by what you said. There are always certain sides to an argument and they can all be seen on various social media platforms, but standing by what you said makes sure that your online self matches your normal self – one of the most important things to do when it comes to social media.

Its unlikely that Chick-fil-a will offer an apology, the owners of the company fully stand behind their religious principles and whatever effect they may have on their company. When it comes to their social media, the company needs to make sure it doesn’t fight fire with fire. Making schemes to combat all the negativity flooding their way will not help the company rebound from the public outcry. They need to focus on being honest – that’s the bottom line for any company or person when it comes to social media.

165
SHARES
FacebookTwitter
You can leave a response, or trackback from your own site.

15 Responses to “Chick-Fil-A: “Out of the Frying Pan and Into the Fire””